What we can say about Costa Rica? This is a magic place in the middle of America’s; of all of the vacation destinations on the planet, Costa Rica is certainly one of the most exotic, as it offers unparalleled natural beauty. Fiery volcanoes, misty cloud forests, thick jungle rain forests, and a wide range of national parks and Eco-tourism activities.

Costa Rica is a small country in Central America with an area of 51,100 sq. Its isthmus position meant a biological and cultural bridge that allowed the gathering of forest and animal species. As well as the cultures of North and South America. Here you will find 10 wetlands declared Ramsar Sites, 22 National Parks, and 10 Wildlife Refuges. As well as 12 Biological Reserves, 8 Forest Reserves and 26 protected areas covering 25% of the national territory. In addition, Costa Rica has over 1,000 miles of simply gorgeous white & black sand beaches, plenty of the sunshine, and more than its share of world-class sports fishing, snorkeling, scuba diving, honeymooners and surfing venues.

The most popular natural attractions include some of the more exotic volcanoes in the world, including the Arenal Volcano, that almost-daily produces a spectacular show of lava, rock, and stream and also the hot springs. The active crater in the Poás Volcano, one of the biggest craters in the world.

The single most-visited place in Costa Rica is the capital city of San Jose; it serves as the main entry point into the country, and its mixture of traditional Spanish architecture, museums and theaters are the first rates. Also is the Daniel Oduber Quirós, located in the flatlands of Guanacaste. This is close to the most beautiful beaches in the north Pacific. Limon, on the Caribbean coastline, hosts cruise ships from around the world and some fabulous markets and shops along its seawall.

Of all of the countries in Central America, Costa Rica has historically been the friendliest and safest and we don´t have an army since was abolished in 1948. 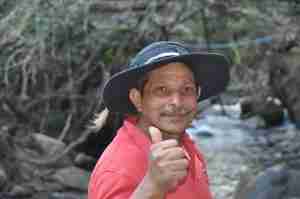 The People (Ticos) What makes “Ticos” (Costa Rican´s) so different? This is a common question and this is is something special about Costa Rica and its people. The answer lies in the country’s history and culture. Costa Rica has a mostly peaceful past. From the very beginning, Costa Ricans have been exposed to a little violence. During colonial times, it was one of the few parts of Latin America settled by people more interested in creating a pleasant place to live and start a family than in exploiting the indigenous people and their gold.

Most “Ticos” are still as warm-hearted and friendly as their ancestors. Hospitality, respect, and friendship is what you will find here. Actually, we are the happiest country in the world!!! Where did the word “tico” come from? Costa Rican´s often use the diminutive form of words to be more courteous or friendly. They use, however, “ico”, instead of the more common “-ito”. Although “-ico” is a correct form of the diminutive, it is rarely used in other Spanish speaking countries. The word “momento” (moment) thus becomes “momentico” (a little moment) and even “momentitico” (a very brief moment). Hence, people from other countries started calling Costa Rican’s “Ticos”. 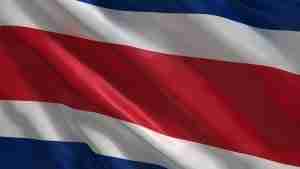 Costa Rica is a democratic republic. Under the 1949 constitution, all citizens are guaranteed equality before the law, the right to own property, the right of petition and assembly, freedom of speech and the right of habeas corpus. The constitution also divides the government into independent executive, legislative and judicial branches.

The executive branch is composed of the president, two vice presidents, and a cabinet. The legislature is the National Assembly, composed of 57 congress members elected by proportional representation. National elections are held every four years, on the first Sunday of February. Under a constitutional amendment enacted in 1969, a president may serve only one four-year term during his lifetime. Congress also are elected for four years and may serve a second term four years after the first ends.

Costa Rica Weather, this is a tropical country, situated between 8° and 11° North latitude, fairly close to the equator. Although in the mountains above 2000 meters you get much cooler temperatures, the average annual temperature lies between 21.7°C (71°F) and 27°C (81°F).

The coolest months are from November through January and the warmest from March through May. San José, the capital, where over a third of the population lives, stands at approximately 1170 meters altitude and has a mean annual temperature of 20.6°C (69°F) The climate is classically divided into two major seasons: rainy and dry. The dry season runs from January through May and the rainy season from May to November and December. 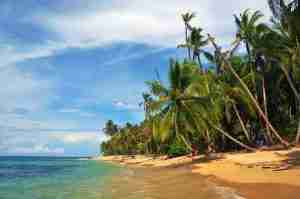 The Caribbean The rainy season: from mid to late April and continues through December and sometimes January. Major storms, “temporales del Atlántico” between September and February, (rain continuously for several days); but rainy season day will begin clear with a few hours of sunshine that will give way to clouds and rain by the afternoon.

Driest months of February and March might be almost entirely without rainfall. The best months are July and November, with a dry spell around August or September. 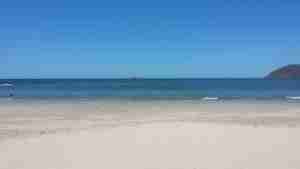 Pacific The rainy season begins in May and runs its course until November. Days often begin sunny and pleasant, with rains coming later in the day. Winds coming from the north-east are much reduced in intensity. Storms often come in from the Pacific Ocean in September and October. In the northern half of the country, the Pacific slope experiences an intense dry season, in which no rain may fall for several months.

The forests of the North-West are to a large extent deciduous, letting their leaves fall in order to conserve water. Winds can be very strong, occasionally reaching speeds of 90 km/hr in the lowlands, although they average more around 20 km/hr.

In the central valley, a pleasant dry season is matched by moderate temperatures for most of the year and a lower than average amount of rainfall. The southern half of the Pacific slope is much wetter than its northern counterpart, with a shorter dry season and longer and heavier afternoon rains in the wet season.

Driving in Costa Rica can be a challenge to the newcomer. Until travelers get used to the roads and local driving habits, it is best to avoid driving at night, especially outside the city. Don’t leave your valuables in a parked car and always drive defensively.

Hazards include pedestrians, animals on the road, huge potholes, pavement that suddenly ends, unlit vehicles, sudden fog in mountain areas, torrential rains, and reckless drivers. To explore Costa Rica in the most adventurous way and with the most freedom. An excellent alternative is to rent a car.

Air Travel is a quick and relatively inexpensive way to get around the country. The best domestic airline, Sansa, offers daily scheduled flights flying to 15 destinations in small propeller aircraft. Charter flights are also available.

Taxis are inexpensive, and most taxi drivers are honest, though of course there are exceptions. By law, they should use a meter (maría) for trips around town, but many don’t. In this case, don’t take the taxi unless you negotiate a reasonable fare before leaving. Many try to charge a surcharge for waiting outside hotels: this is illegal and you should refuse to pay.

Costa Rica’s long-distance bus service radiates from different terminals in San José to towns all over the country. This is an inexpensive way to travel (costing about the U.S. $1-12 per trip), and buses will drop you at intermediate points on request. Traveling by bus will limit you to visiting only major centers with access. Missing out on less-accessible parks, reserves, beaches, and Eco-tourism projects.

The education system in Costa Rica consists of three main levels. It is a duty of every citizen and an obligation to receive education; as such it is free and obligatory by law. Education in the Costa Rica Constitution: The literacy rate in Costa Rica is 96% (CIA World Fact Book, February 2007), one of the highest in Latin America.

Elementary and high schools can be found along with the country in every community. This literacy rate is based on “The percentage of people aged 15+ who can, with understanding, both read and write a short, simple statement related to their everyday life (UN Common Database (UNESCO)).” According to art. 78 of the Constitution: “Preschool education and general basic education are compulsory but not enforced. When the families can’t afford uniforms or books the government provides a scholarship for the kids and materials to the schools. The length of time daily spent in school is 4.5 hours since the school class schedule is divided into two sessions in order to accommodate the students. These levels and the diversified education level are, in the public system, free and supported by the Nation.

Public expenditure in State education, including higher education, shall not be less than six percent (6%) per year of the gross domestic product, in accordance with the law, without detriment to the provisions of Articles 84 and 85 of this Constitution. The State shall facilitate the pursuit of higher studies by persons who lack monetary resources.

The Ministry of Public Education, through the organization established by law, is in charge of awarding scholarships and assistance.” History of education in Costa Rica Since 1840, it was clearly expressed in the Constitution and by various presidents, that education was the means by which the democratic culture would be fostered, and that it was the duty of the state to provide those means. The greatest impulse was given under Mauro Fernandez, Minister of Education, in the years 1887 and 1888, in favor of free schooling. Fernandez continued the effort throughout the rest of that century.

School Divided into six-year grades: It covers all the basic knowledge in mathematics, social studies, language (Spanish) and science, as well as some minor topics as music, religion, physical health, and arts.

University It depends on specialty; there are four public universities in Costa Rica and many private institutes and universities.

About Costa Rica In Tour Operator

The Republic of Costa Rica politically divides into seven provinces. All of them you will find natural attractions without equal, ...
Read More

We understand that sometimes our vacation packages don't fit your travel needs. This is why in Costa Rica In we ...
Read More