Puntarenas is the largest province of Costa Rica, with an area of 11.276 Km2. Its main attraction is its Pacific coastline, extending over more than 500 miles down to the Panamanian border. This vast province offers a variety of beaches, national parks, and natural reserves. It is a transition area between the dry tropical lands of Guanacaste and the green forests of the Central Pacific.

The port of Caldera and the city of Puntarenas, receive hundreds of tourists daily, from countless cruise ships. Some of these ships are traveling with the Panama Canal as a destination, which allows passengers to explore Costa Rica’s inland, only to meet their cruise ship some days later at the port of Limon, in the Caribbean. 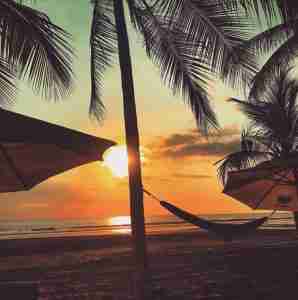 For many years during the 70s, 80s and even the 90s Puntarenas was the main place for locals to vacation. As well Playa Jaco is a point of reference when we talk about Puntarenas. This is a famous surfers town, located 90 minutes drive from the capital San Jose. Besides the surf, the place is also renowned for its nightlife, bars, and restaurants.

Next to Jaco, you will find the other famous beach for surfing, Playa Hermosa. There you will enjoy a long beach with world class waves, this is a point of referral for many surfers visiting Costa Rica, as the access is fast and easy. Driving south you can find beaches as Esterillos, Baru, Bandera, and others.

Carara Biological Reserve constitutes one of the best showcases of the natural heritage of Puntarenas. This reserve includes an extension of 11.600 acres of forests and mangroves. Today, only some portions of the reserve are available to tourists, but professional guides, who are allowed to explore some restricted areas, may be hired. You will find the Tarcoles River, where you can observe hundreds of American crocodiles.


Manuel Antonio National Park is another of the destinations of the province of Puntarenas. With its impressive white sand beaches, blue waters of the pacific ocean, and hundreds of hectares of rainforest. This park is one of the smallest in Costa Rica, but at the same time, one of the most highly visited. Manuel Antonio is one of the few places in Costa Rica where the spider monkey still lives. Within the park, you may also find over 100 species of mammals and an equal number of bird types.

More south you will find the amazing area of Bahia Ballena and Uvita. Famous for its whale tale formed of sand and which you can observe and walk 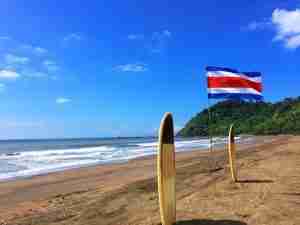 by during low tide. The long beach is nature and wildlife it’s simply amazing. As well this area is famous worldwide because this is where the humpback whales arrive from North or South America, to give birth to their young or to feed and protect themselves for about 4 months.

They also teach their young to eat, jump, and communicate, it has been a type of maternity or kinder garden. In the North Pacific, the season is from December to the end of March, while in the South Pacific it is from July to October


From Ballena – Uvita to the Sierpe – Terraba wetlands everything is green lush, nature, and wildlife. The south pacific of Costa Rica enjoy the most undiscovered lands, where hundreds of species await to be discovered. Also belonging to Puntarenas, another feature is the Corcovado National Park. Located south on the Peninsula de Osa, and constituting the habitat of 2.5% of the world’s biodiversity.

There you can have closer encounters with red macaws, tapirs, pumas, ocelots, wild pigs, and more. There are miles of lonely beaches and the hikes between the stations are amazing. On the other side of the gulf, you will find the beaches of Pavones and Matapalo, world-class surfing spots.


Good food especially seafood- as well as the well-known carnivals held each summer, and the warmth of its people, are some of the nice surprises expecting tourists visiting this province.

San Jose is a bustling city, busy and with traffic, like any other around the globe. If your flight arrives ...
Read More

Cartago was founded in 1563 by the conqueror Juan Vasquez de Coronado, it was the first formal town in Costa ...
Read More

Puntarenas is the largest province of Costa Rica, with an area of 11.276 Km2. Its main attraction is its Pacific ...
Read More

Alajuela is the more extensive province of Costa Rica. Here we found the main entrance to Costa Rica, the Juan ...
Read More

Guanacaste enjoys generous and warm weather, unique culture, is known for cattle ranching production, and spectacular beaches. It is the ...
Read More

The Caribbean province is a natural paradise, formed by a combination of dense jungles, imposing mountains, and secluded white-sand beaches ...
Read More
Scroll Up